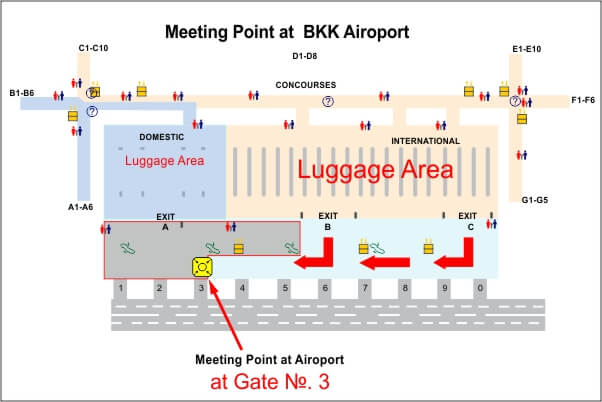 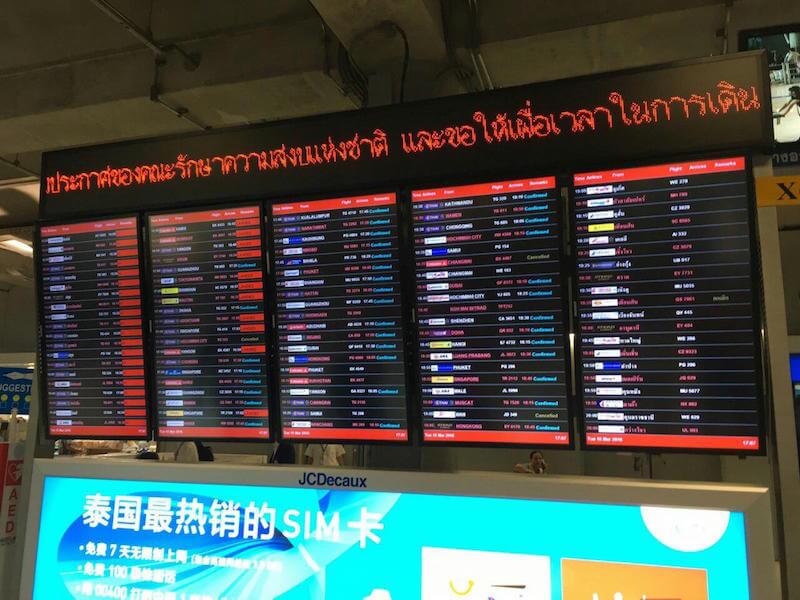 The airport is currently the main hub for Thai Airways International, Bangkok Airways and Orient Thai Airlines. It also serves as regional gateway and connecting point for various foreign carriers.

The airport is located on what had formerly been known as Nong Nguhao (Cobra Swamp) in Racha Thewa in Bang Phli, Samut Prakan, about 25 kilometres (16 mi) east of downtown Bangkok. The name Suvarnabhumi (from Sanskrit: स्वर्णभूमि (IAST: Svarṇabhūmi, “Golden Land”)), was chosen by King Bhumibol Adulyadej and refers to the golden kingdom, hypothesised to have been located somewhere in Southeast Asia. 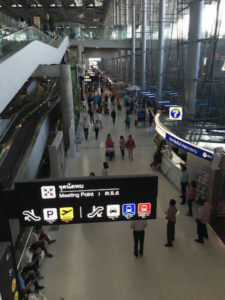 The building was designed by Helmut Jahn of Murphy / Jahn Architects. It was constructed primarily by ITO JV. The airport has the world’s tallest free-standing control tower (132.2 metres or 434 feet), and the world’s fourth largest single-building airport terminal (563,000 square metres or 6,060,000 square feet).

The airport inherited the airport code, BKK, from Don Mueang after the older airport ceased international commercial flights. A modern motorway no.7 connects the airport, Bangkok, and the heavily industrial Eastern Seaboard of Thailand, where most of the manufacturing for export takes place.The airport are known to be haunted by the locals because the airport was built in an old cemeteries.